Coupons for the sweet treats can be redeemed at each of the stops you make. Tickets are available for purchase at bit.ly/DaytonBigChill.

Can’t beat desserts outdoors for a good cause. 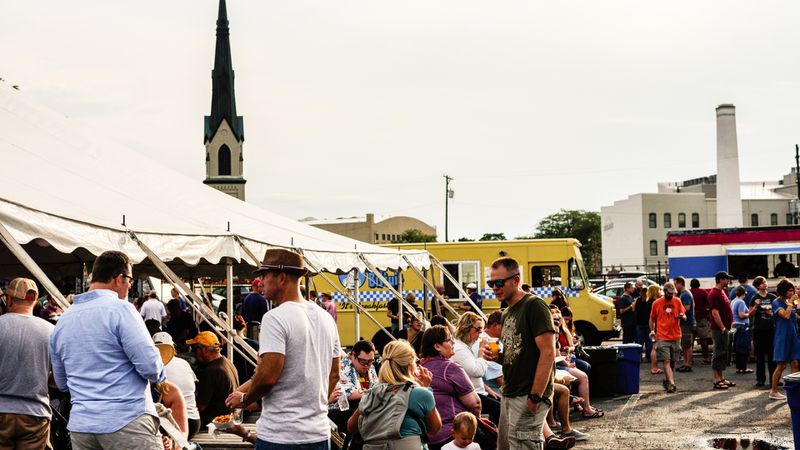 Yellow Cab Tavern is resuming its food truck rallies on the second and fourth Sunday of the month, with one set to take place from 5 to 9 p.m. on June 27. CONTRIBUTED

Head to Yellow Cab Tavern (700 E. 4th St. Dayton) on the second and fourth Sunday of every month from 5 to 9 p.m. for street food courtesy of local food trucks, as well as chilled craft beer and cocktails from the bar.

The first rally is set to take place on June 27. Entry is free.

Food trucks this time around are set to include The Pizza Bandit, Yummy Gyro, East Coast Eats, The Rolling Oasis and more to be announced. DJ Ike will be at the food truck rallies playing an eclectic mix of tunes from the ’80s, ’90s and beyond. 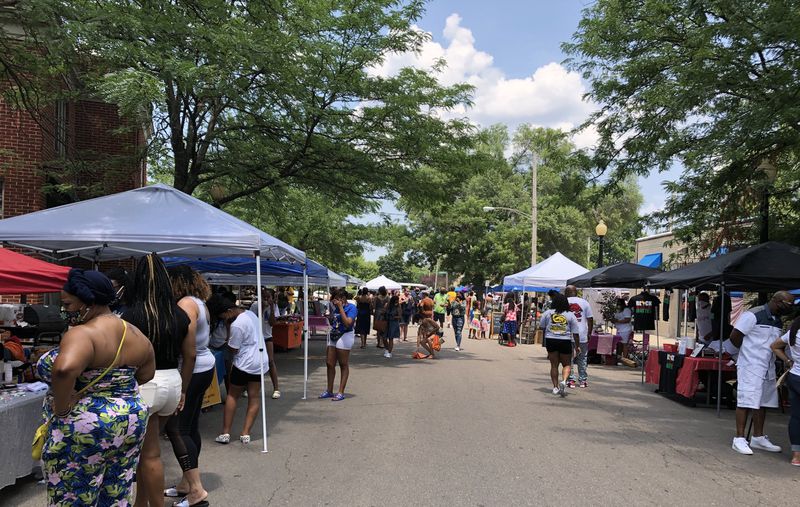 This year’s Wright Dunbar Day is planned for June 27 from 2 to 9 p.m. in the Wright Dunbar neighborhood between West Second and West Third streets at North Williams Street. LYNN HULSEY/STAFF

The second annual Wright Dunbar Day is planned for June 27 from 2 to 9 p.m. in the Wright Dunbar neighborhood between West Second and West Third streets at North Williams Street.

The day is the celebration both of poet Paul Laurence Dunbar’s birthday, which takes place on the same day as the event, as well as the Wright Dunbar neighborhood.

The family friendly outdoor festival is the creation of Tae Winston, event planner, neighborhood organizer, Dayton cheerleader and owner and founder of the Entrepreneurs Marketplace and the Entrepreneurs Shoppe in Dayton.

Winston is a small business champion and incredible force for good in Dayton and someone I will be highlighting in a larger story soon, but for now let’s just say she’s continuing to bring her vision for big things in Dayton to life with this event, which will feature 100 vendors, 25 food trucks, live bands and more.

It’s a nice event to celebrate history, learn about a very cool neighborhood you may not be familiar with and try a lot of great food.

The thing I like about all three of these events is the opportunity to try something new.

If you are in an ice cream rut, this is the opportunity to expand your horizons.

Same with food. Food trucks are a wonderful opportunity to try something new at a very affordable price point.

The beauty of a food truck rally is there’s something for everyone.

The offerings are diverse and flavorful and it’s a terrific way to sample the cooking that’s happening in these rolling restaurants on wheels. The only drawback is that depending on the time of day the crowds can be substantial, so be prepared for some lines.

I’m so excited to see more of these types of events popping up after a long absence and I know I’m not alone.

Dayton Eats looks at the regional food stories and restaurant news that make mouths water. Share info about your menu updates, special dinners and events, new chefs, interesting new dishes and culinary adventures. Do you know of exciting outdoor spaces, new exciting format changes, specials, happy hours, restaurant updates or any other tasty news you think is worth a closer look at? E-mail Alexis Larsen at [email protected] with the information and we will work to include it in future coverage.